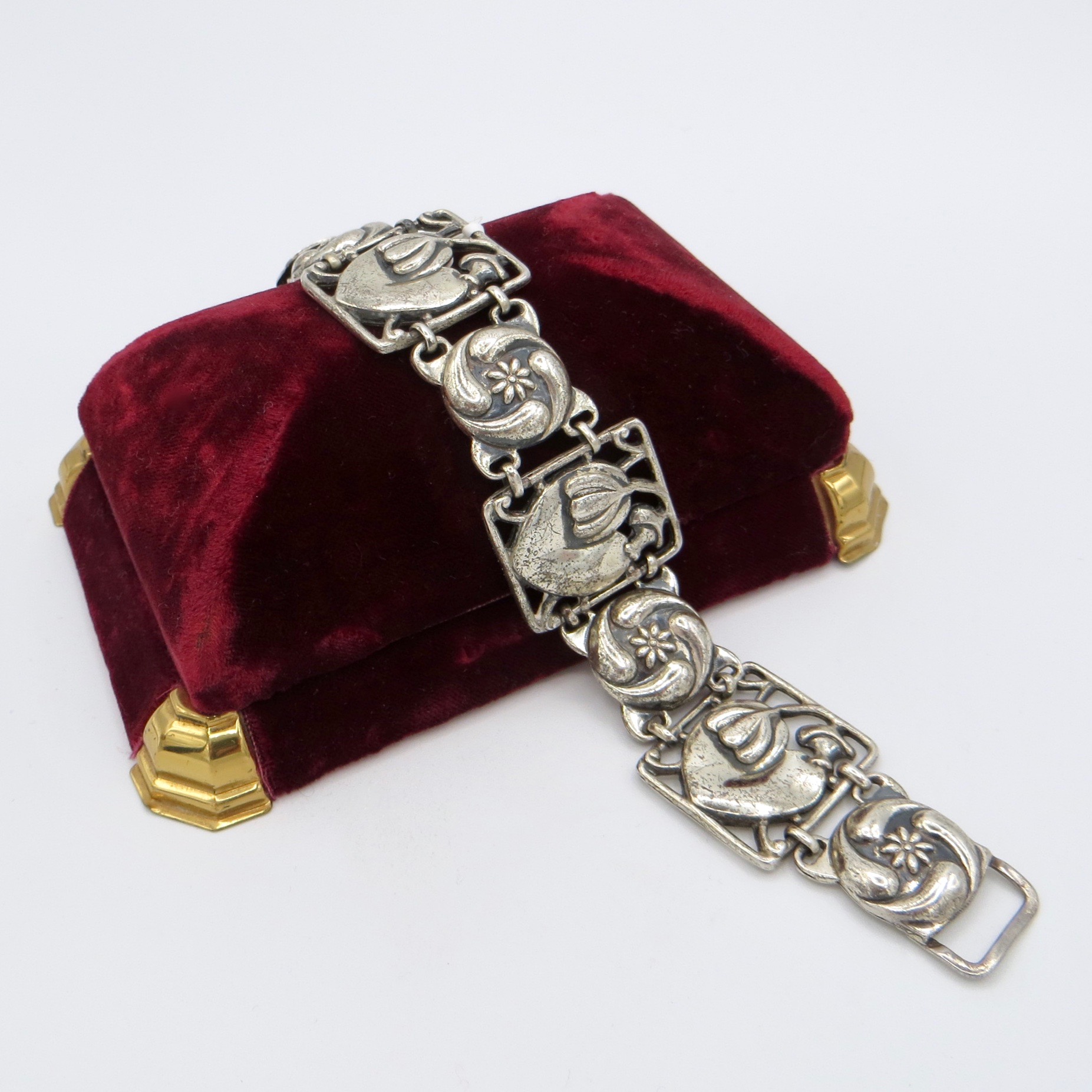 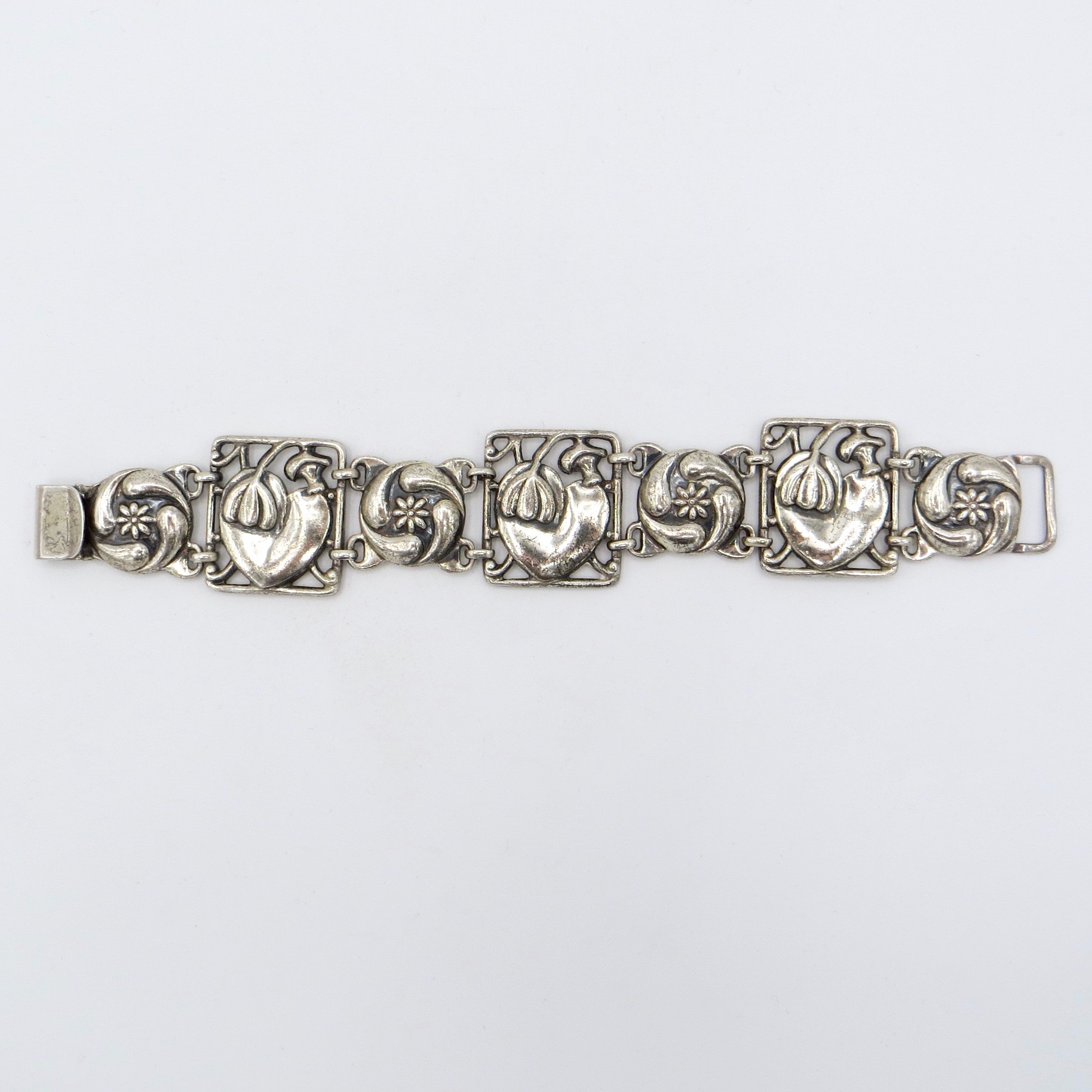 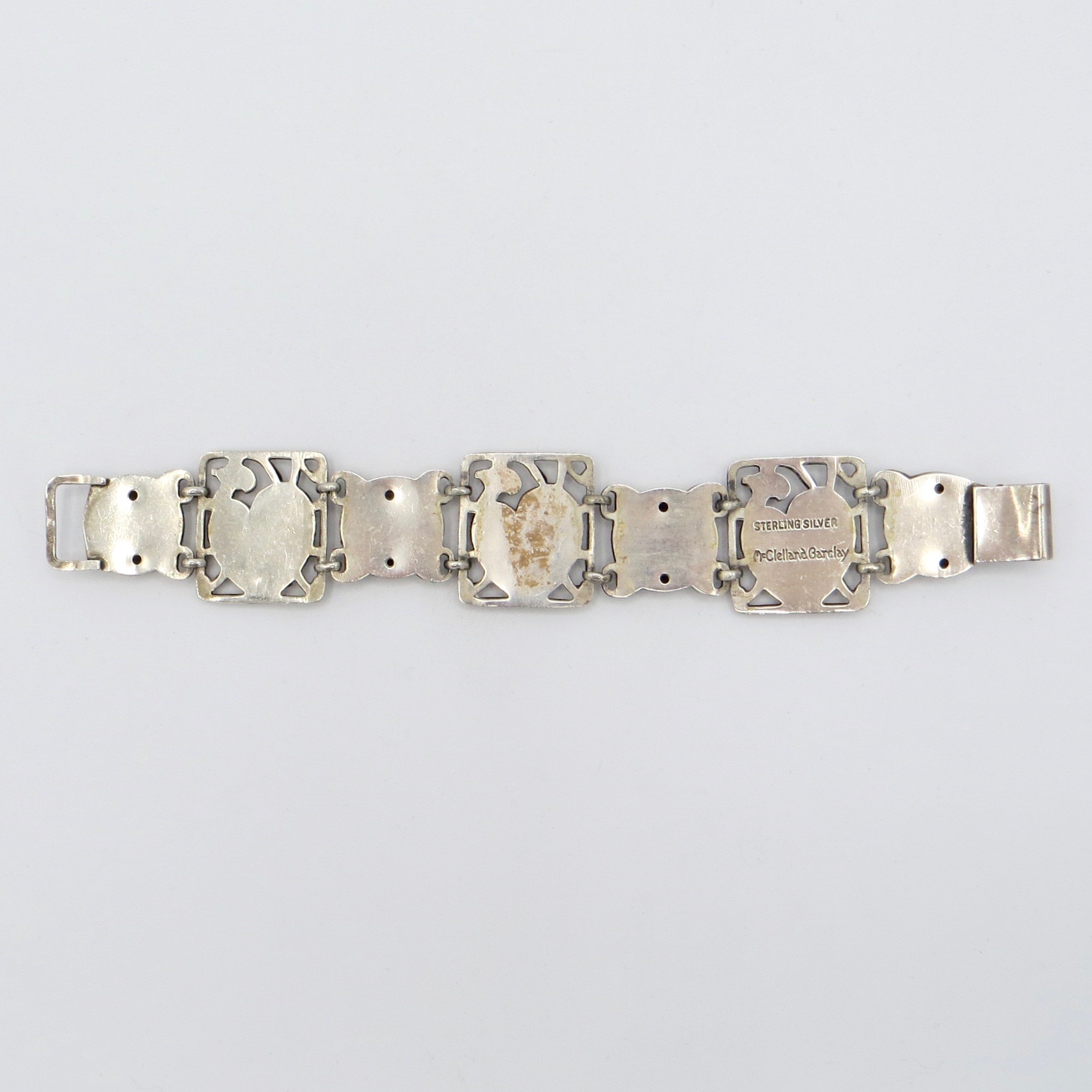 Sterling silver McClelland Barclay bracelet, featuring a motif of hearts and flowers, inspired by Art Deco designs. Signed on the back. McClelland Barclay was an American artist, designer, sculptor and jewellery maker, who became a Naval officer during the Second World War. Most of his silver pieces were produced between the late 1930s and the early 1940s,before his ship went down in 1943. His silver pieces are quite rare, and very collectible.