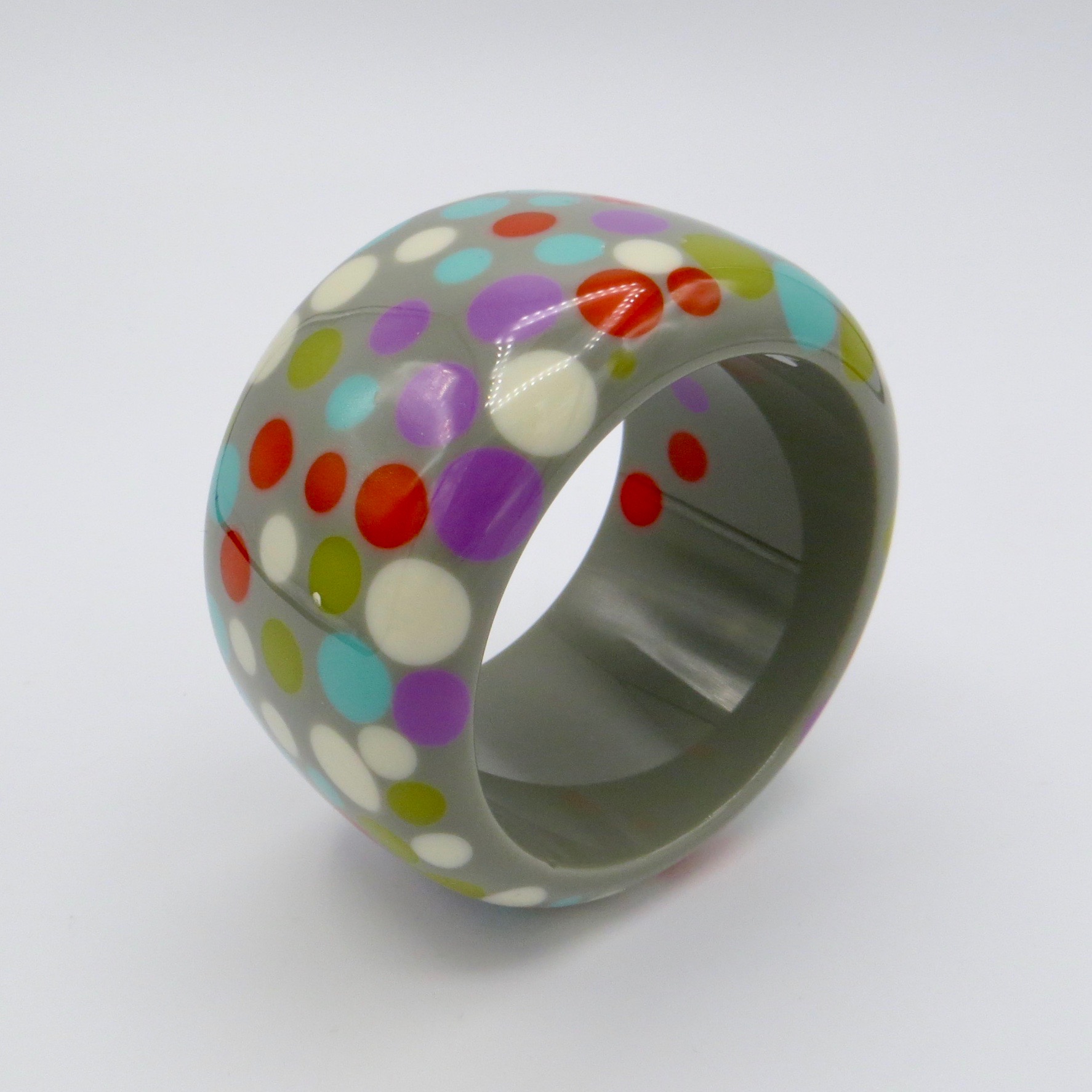 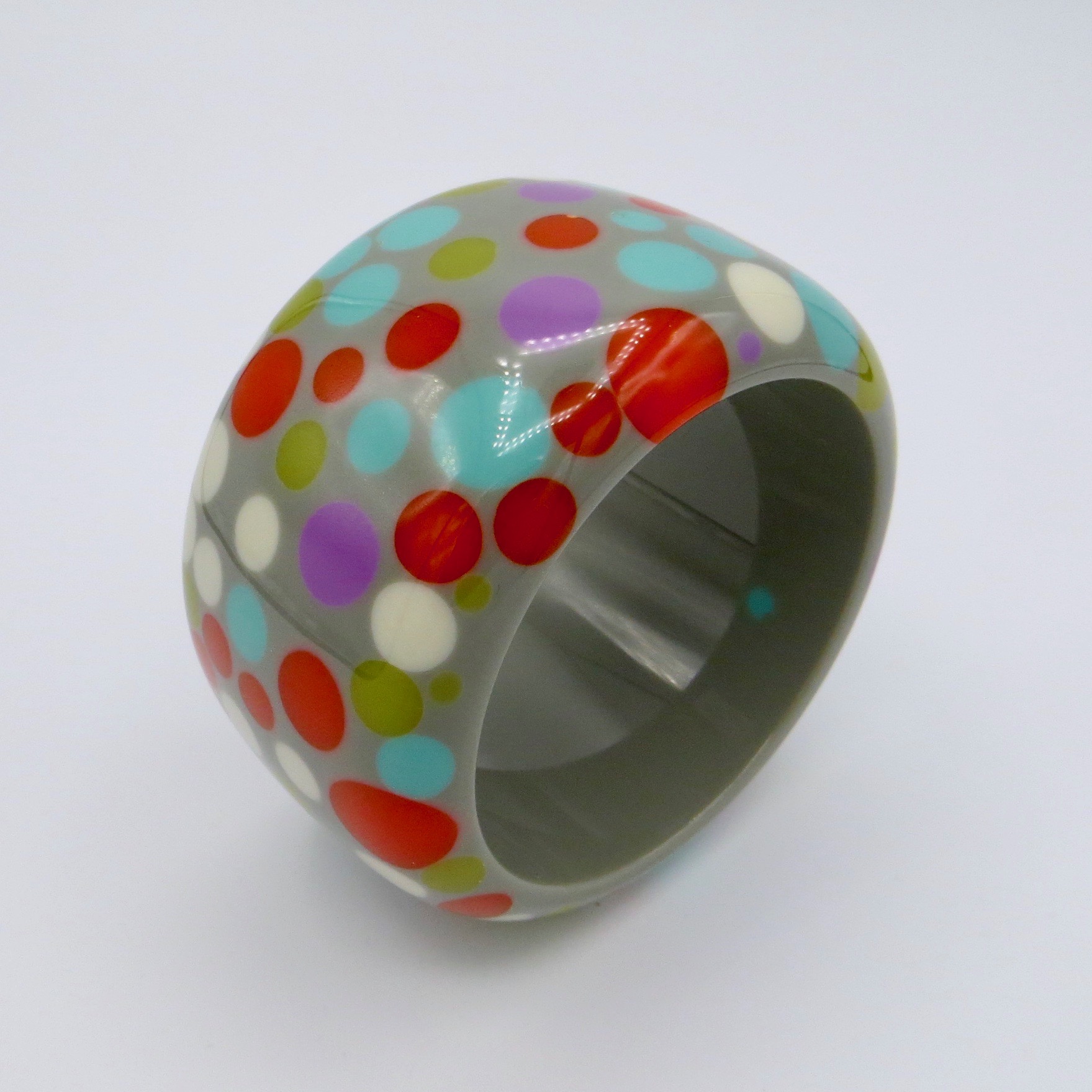 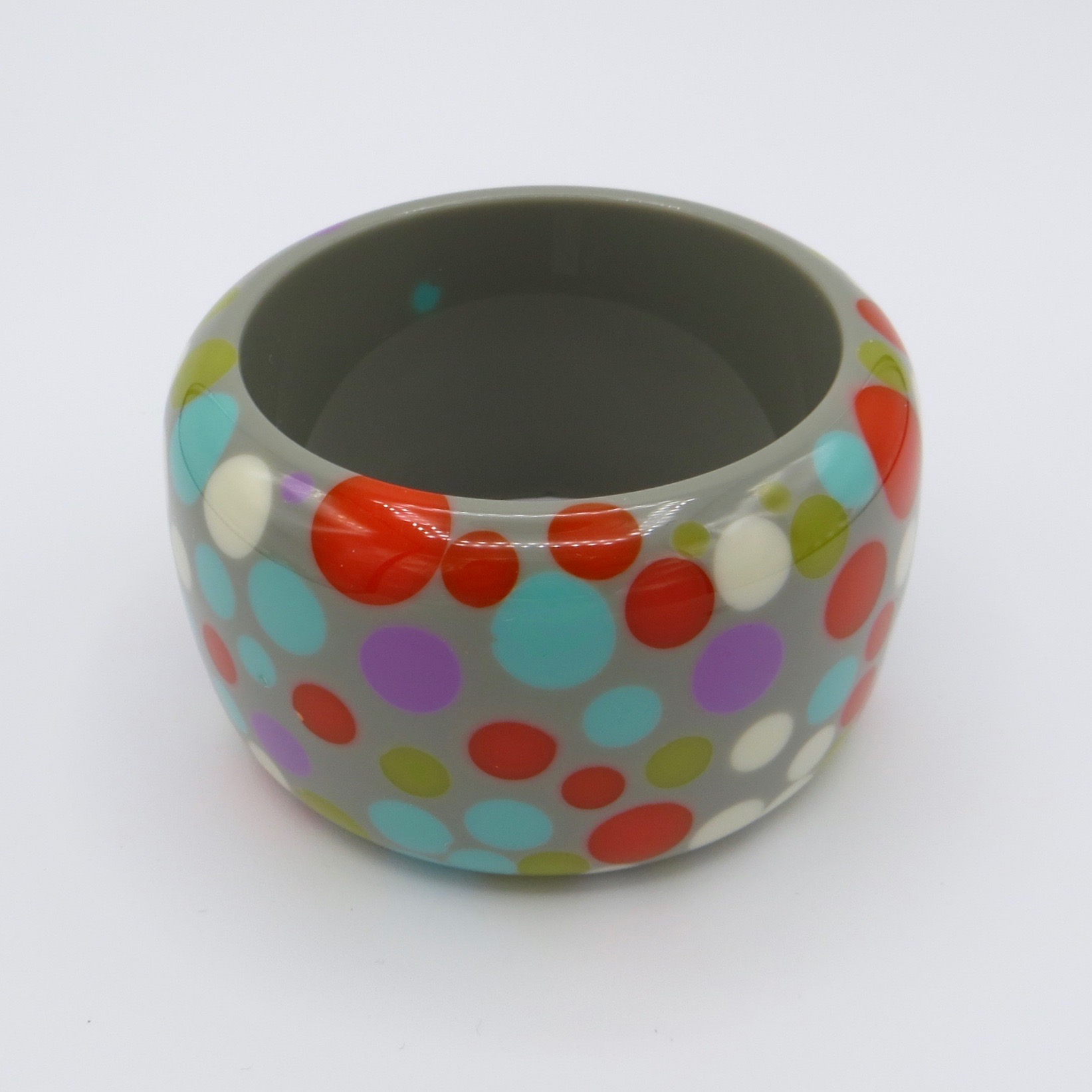 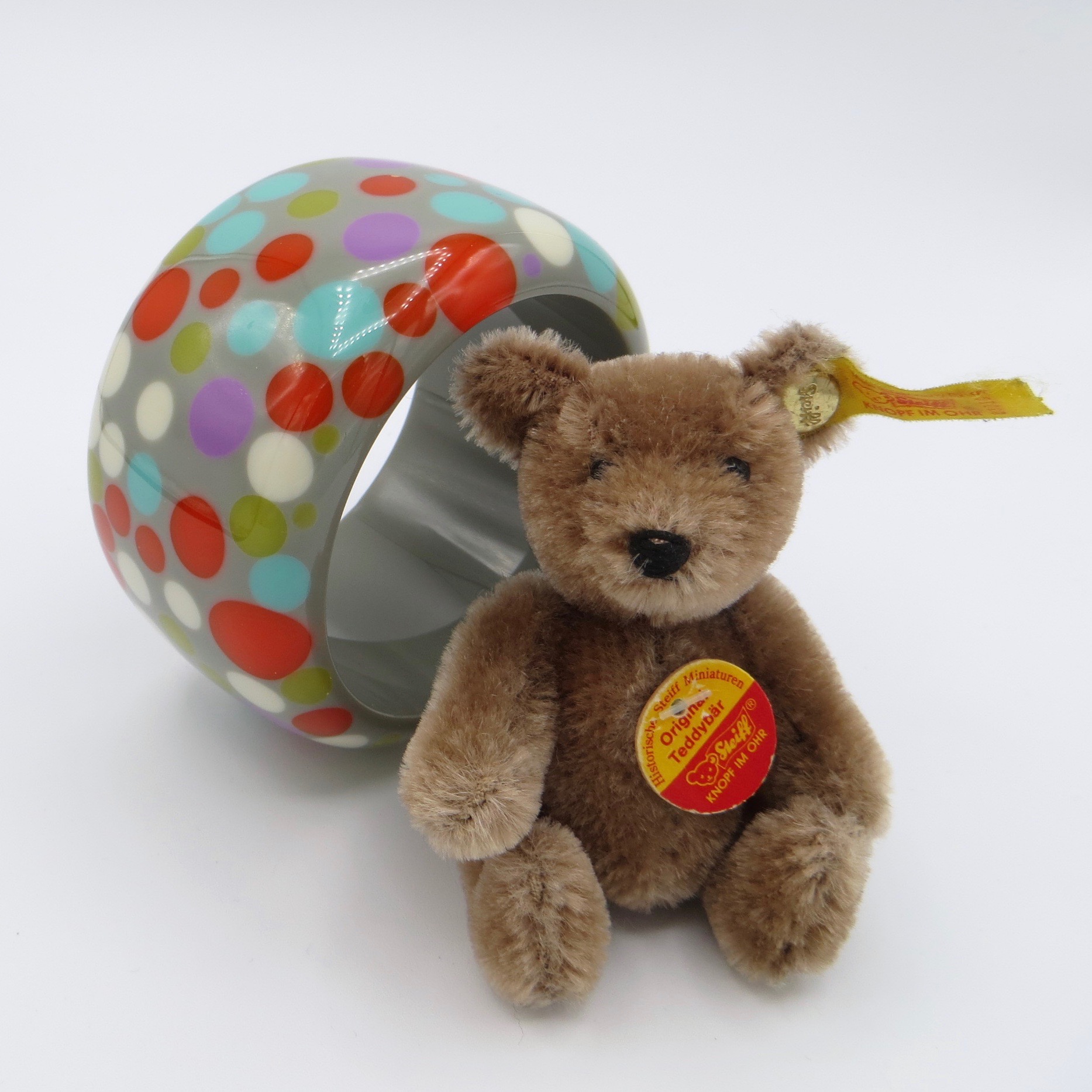 A fabulous designer piece from the Sobral workshop in Rio de Janeiro, Brazil. Carlos Sobral began making resin jewellery in the 1970s, and his designs gained renown in Europe throughout the 1980s, after making their debut in Paris. Since 1994, Sobral has been committed to using recycled plastic to produce the resin compounds used in their jewellery, making it one of the early "green" companies. Sobral has received numerous design awards, and the company is known for its strong sense of style, commitment to environmentally friendly manufacturing processes and to the ethical treatment of its workers.