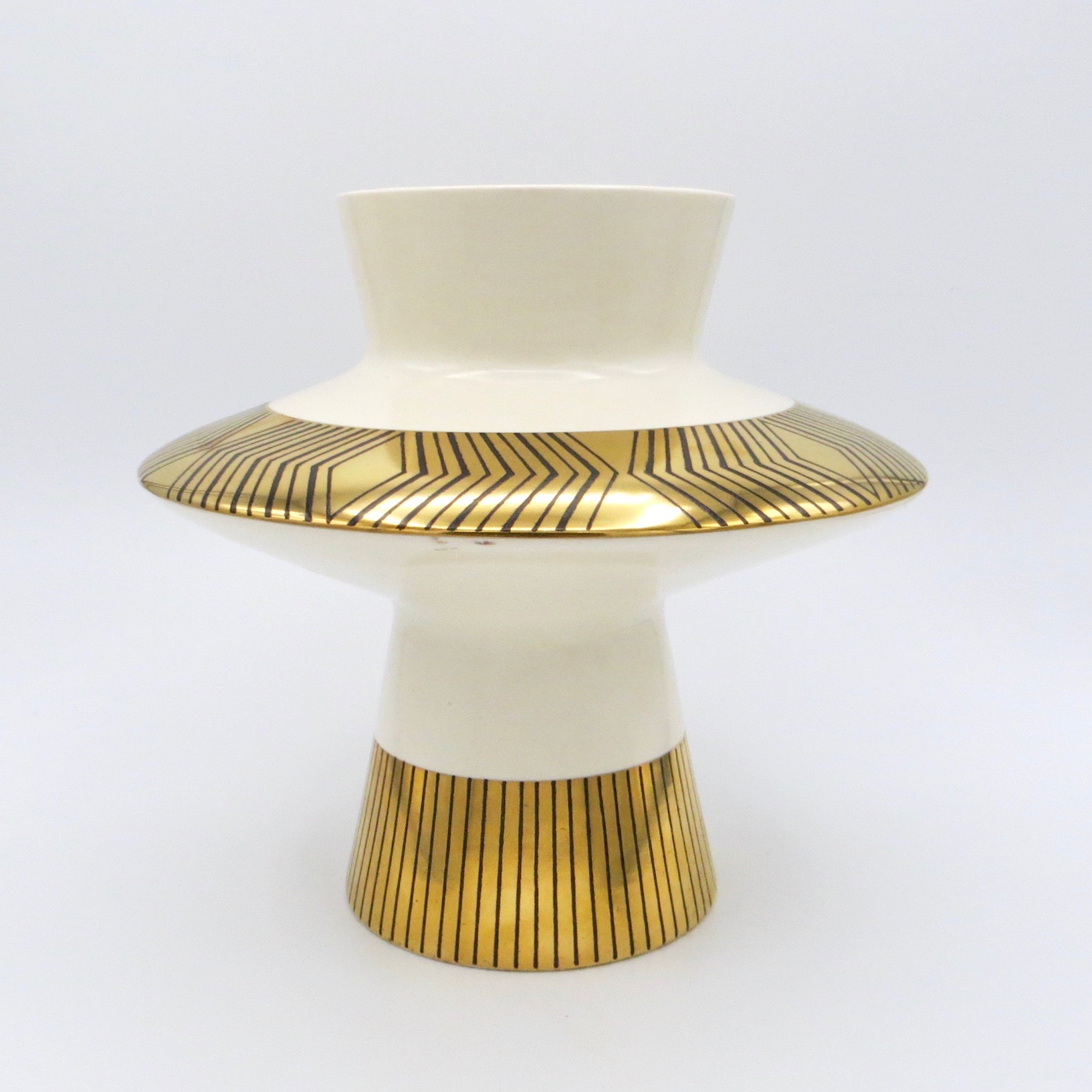 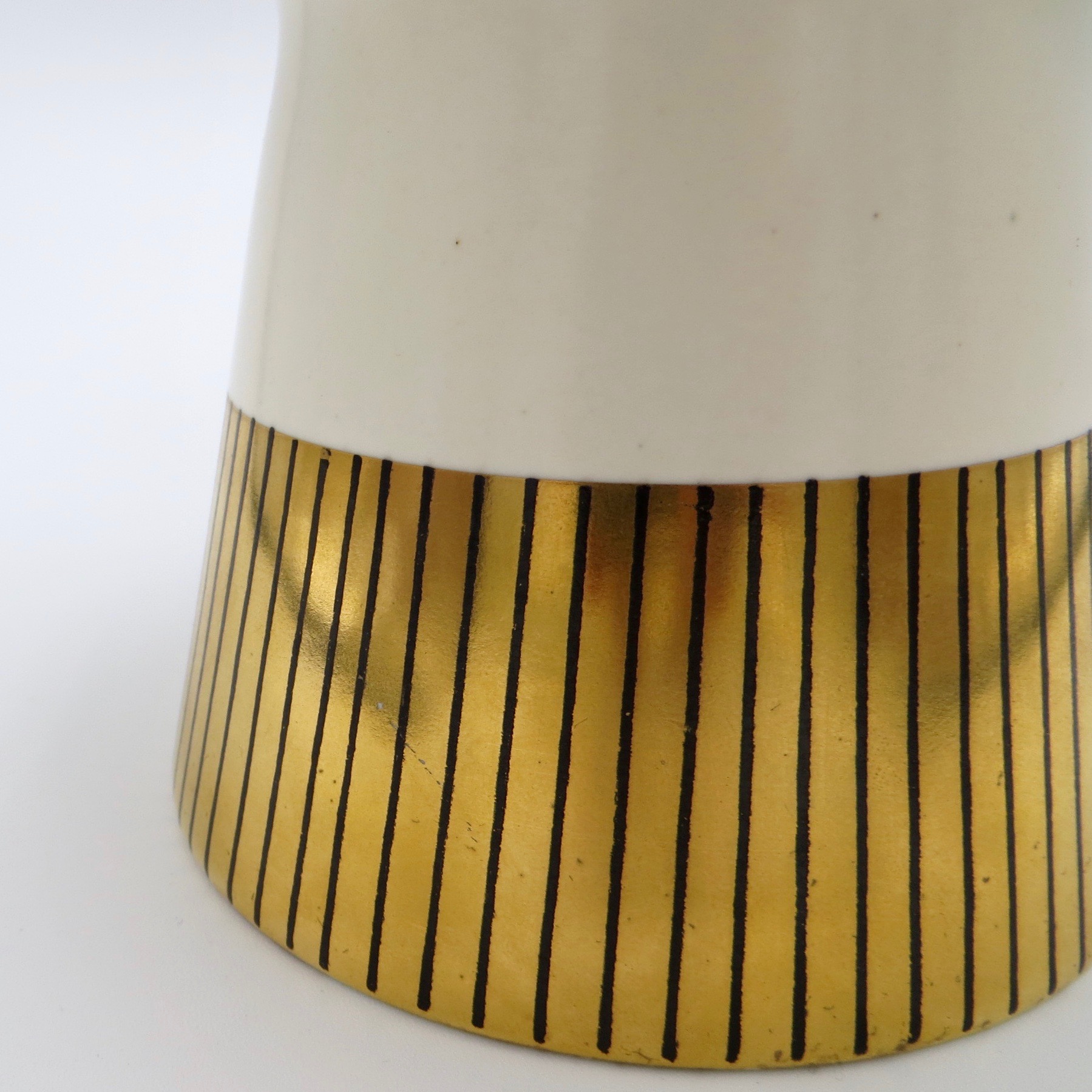 This stylish Mid-Century designer vase features black enamelling and gold decoration on a satin white ground. The Memphis range was designed by British ceramicist Colin Melbourne (1928-2009), who produced pottery for several English firms during his lifetime. Although this design was produced in 1960 and showcases a Mid-Century sensibility, it also incorporates elements of Art Deco and Space Age design.

As to condition, there are a couple of minor scratches in the gold decoration on the lower half of the vase, but the piece is otherwise in great condition. Marked "Crown Devon Memphis" on the base. Made in the Crown Devon pottery at Stoke-on-Trent, England.  The Memphis pattern was produced in three colour ways, black, turquoise, and white, with white being the most unusual.