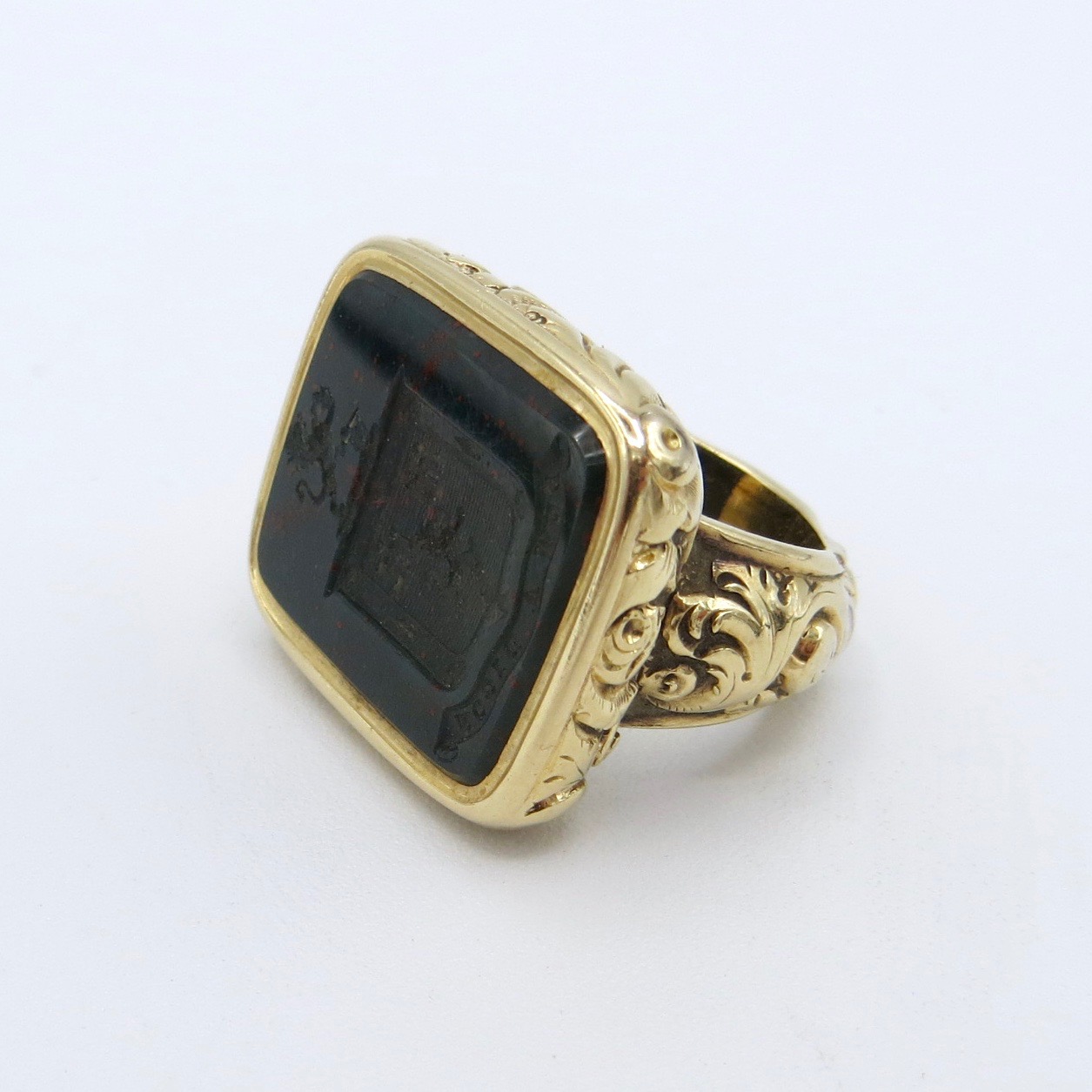 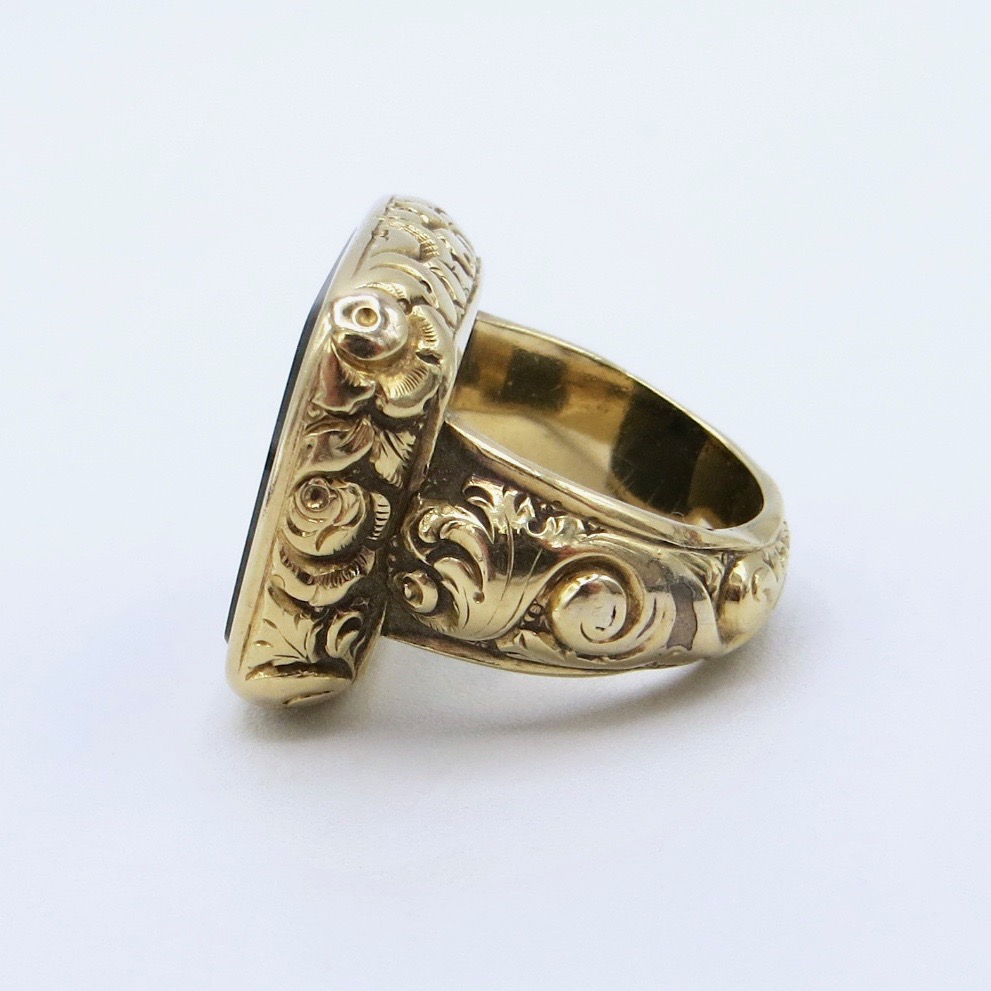 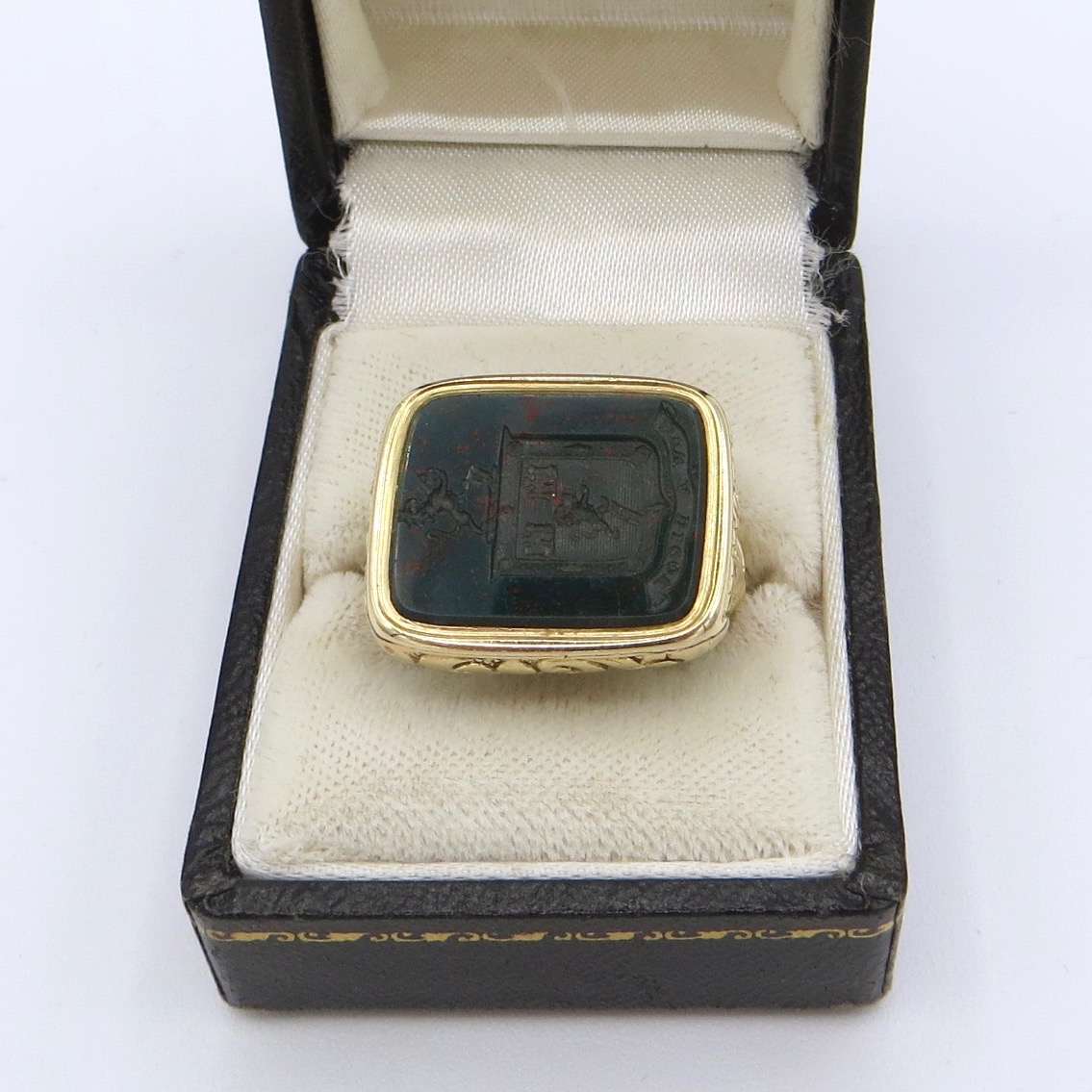 Age: Georgian
Size: 4, approximately. The top of the band meets the flat bottom of the bloodstone, resulting in an unusual fit.

Georgian ring, set with bloodstone. The stone is carved with a heraldic crest, depicting a rampant lion atop a banner with another rampant lion and two castles. A banner below the crest reads 'DUW A DIGON', a Welsh phrase meaning "With God, Enough".